For these collections and beyond would convey to the future surreal customer by Anon Pairot. The latest collections to enrage you in Milan salon satellite 2010 was pre-enrage in TIFF 2010 Thailand is. 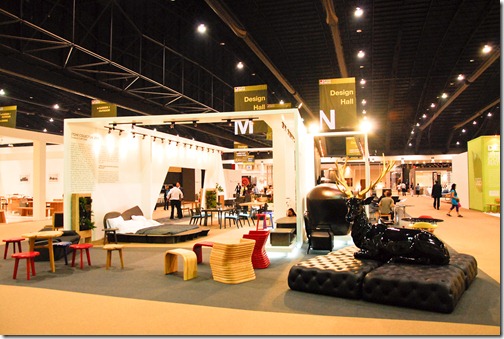 Thus the world is getting hot but not hot as it is on FLASH ON, this time the second exhibition of flash on show on Thailand international furniture fair on March 2010. From the designer til animal feeder hasted to feed the cow design the chair renew the space create the booth for here, those collection which was shown here, is originally created from cerebrum of our designers which work hard dusk til dawn for many many days to finish all this things and fulfill every little detail of them. So far Anon Pairot who was designer since last time, featuring with Mr.Peter the owner who specialized in leather and full with experience in leather laundry, furthermore he made so much leather furniture for many luxury european furniture brand, but this time he created his collections himself, most of his works inspired from surreal things which couldn’t physically happen in real life. And the last one, Jonas Jonsson , designer from Sweden who has made his notably designed from special atonement of the natural design and become his own unanticipated way. For all those friendly dwelling furniture mostly made from genuine leather which grow from unique wet grass which grow in the north-eastern part of Thailand which has its unique weather with hottest temp in this country, yes, we cultivate our leather from that time, that why it made our furniture look hot in whatever part of your dwelling. Besides, those leather smell and its touching feeling have no need to agree more that is unable to compare with any other convenience things on earth, and those dramatically feel could make the sitter feel special like none could do.

Today is such a good day to buy. 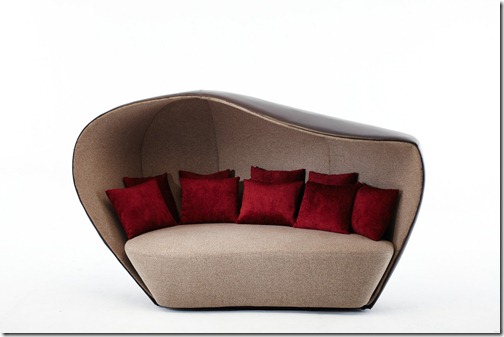 SHELL, 2010
Turtle has shell, snail has shell, crab also has shell why the couch cannot. Inspiration from Snail’s shell, cropped only the beautiful part of it. The couch with the shell is coming, why we’re gonna sit naked on the couch with concealless area. This couch have its shell to provide sitter the private romantic space. And also able to protect the sitter from unpredicted occurance from behind. With the finest genuine leather from cow which was chosen strictly directly from farm. From now on the real private area in the place is going to be created by this couch, SHELL. 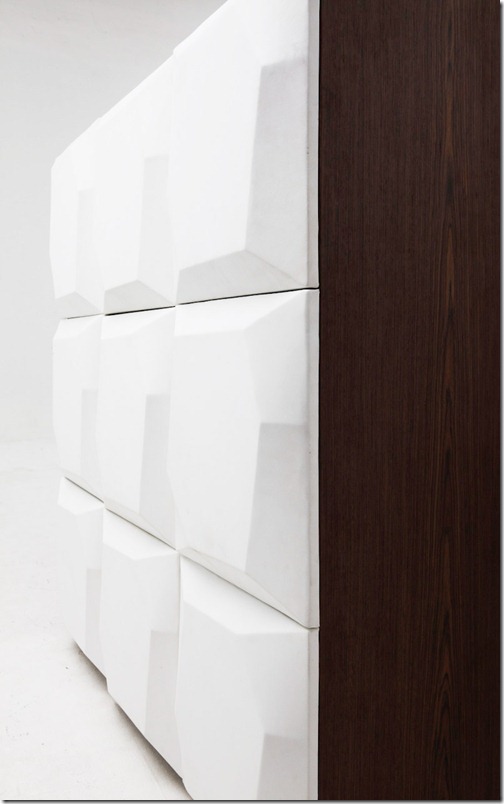 CRYSTAL FACADE STORAGE, 2010
Nothing is exactly standard. So this time Anon Pairot Design Studio recreated the facade by using the inspiration of crystal, cut its surface and paste it on the face of the cabinet and also wrapped it with the leather to make it still look cozy additional with a little bit cooler. 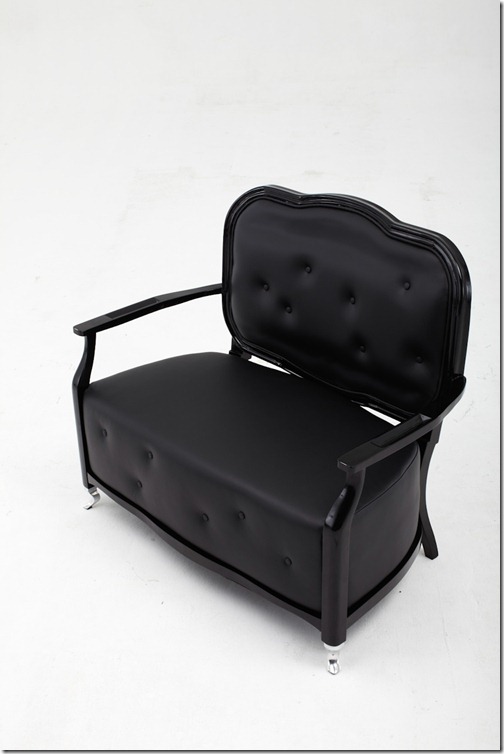 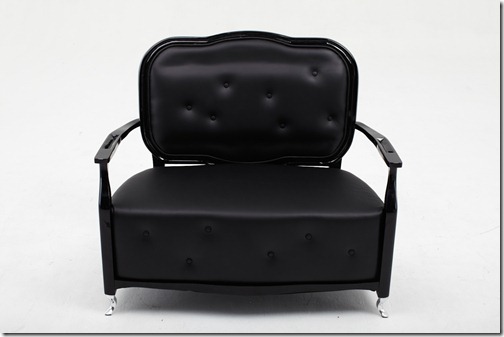 GOOD MISTAKE, 2010
When you did mistake without guilt is wrong, but when you did with recognized, that’s good mistake….. There’s no time to fix all these things. But the consequent from mistaken proportion made it more interesting. The situation, in which when we try to do something wrong far from we familiar with, wrong proportion, misculture, error history and we took those drawing to the maker, our works still able to be produced. And people still have the same feeling with the old classic furniture in the new generation ones.

A PART FROM COW, 2010
There always the way of exit in every problem, A Part from Reindeer is the real on we should sue before WWF did. In other way, we need to do worse to tend their focus on to the other one, such as this one. In A Part collection, we didn’t kill any reindeer and disintegrated it into pieces before mould it into a product. But there’re still have a lot of people think that way. This time, we developed it from last year by making it easy to sit and using longer time on it, after reduced its size and lay a soft layer on it before wrapped it with unshaved genuine cow leather.

CREPE, 2010
One fine cow eat a lot of grass, the latest technique to save the leather (or not) by using the leftover of cut leather, sew them with elastic, make new pattern from small piece of leftover of leather and creating a new furniture. Using of crepe which shown layers of pancake which contain the perfect and imperfect together in the same time. Showing of small pancake texture and the bigger one divisibly. Hopefully this crepe would be like a big dessert of interior designer crew.

This time POOM, EDEN and RAFFIESIA were also shown in this exhibition. To see what it is click.

Paradini, the furniture brand which intensively making furniture from rubber wood which grew abundant in the southern region of Thailand, before we cultivated it, we usually its stem and get the rubber from it to make tired til eraser. After there’re no more rubber, we using itself to make furniture which is the major revenue for this company. This year, they’ve opening a new one in this fair which is…. 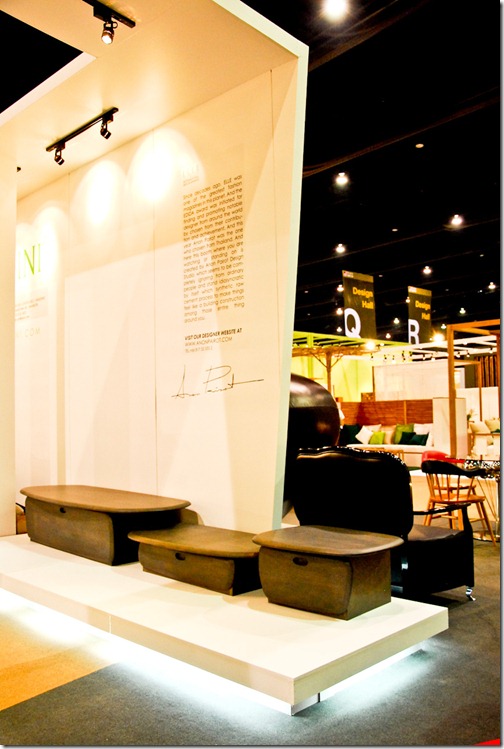 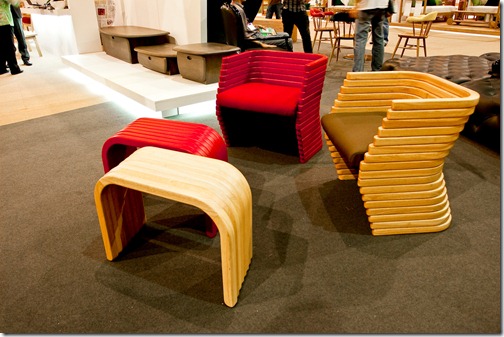 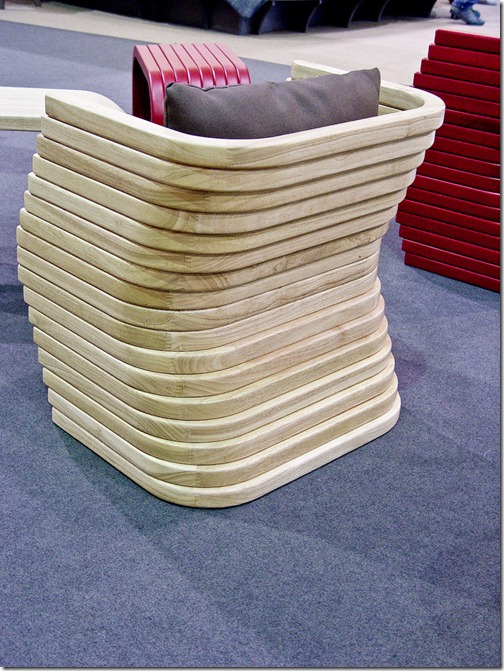 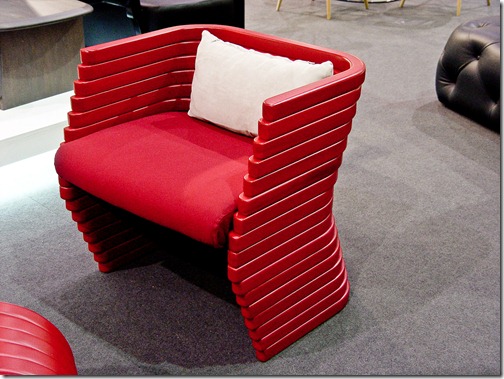 LAYER, 2010
Using the technique of wood bending and repeated it with the same looking pieces. And paste it together, make it different shape and hi-glossy colored it. By repeating every layers for mass production parts, and assemble, distort the alignment of each layers in different arrangement with unique structure, and become the usable ergonomics angle from the same production part. 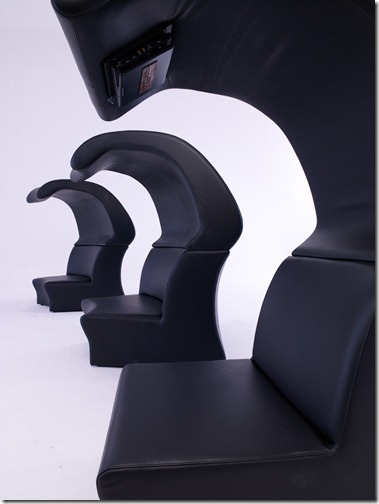 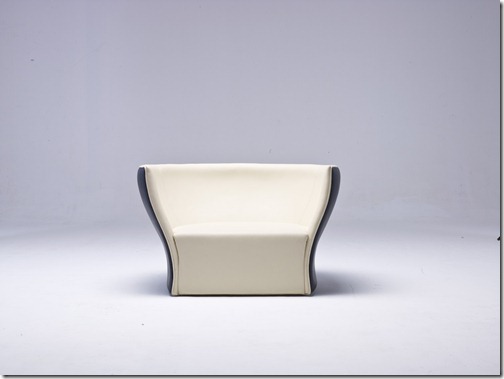 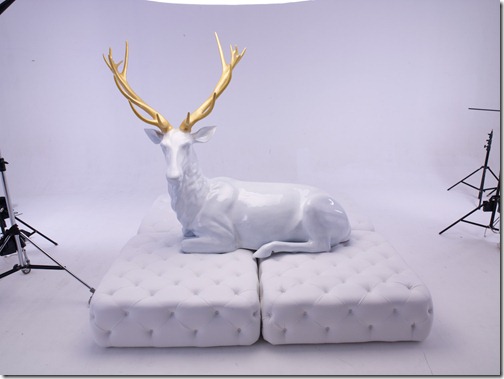 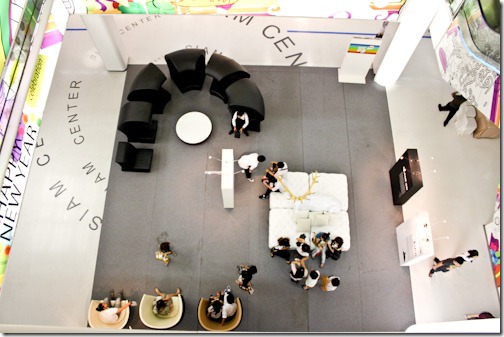 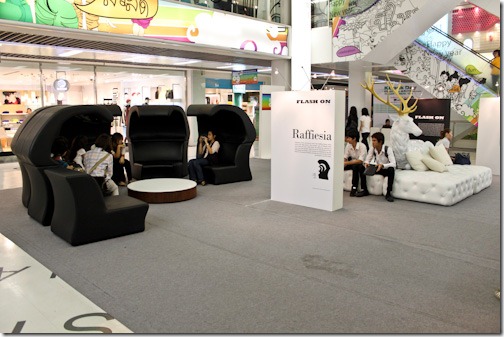 The brand new design that Anon Pairot pinch out from his cerebrum. The local craftsmanship who live beneath the obscure shadow of Bangkok concrete forest which working in factory where supply the finest genuine leather for many European brand name furniture. In the beginning, Flash On had launched 3 new collection to become the prologue of this epic.POOM, Raffiesia and Eden, all made from the highestest grade of ‘pre-meat’ leather which make it have trait of goood furniture. Consequently, invitation to exhibit in BDF is not inordinary for their product, for more information about their product please visit http://www.theflashon.com